Ok, all right, I know what VERTICAL means, and if not I can always go to the dictionary and find out exactly, but you know, when you think about running, especially if you are coming from the road running, and most of the time you run on clean park alleys, or roads flat as pancakes, what you picture in your mind when you think about a vertical run, even if it’s trail, and even if it’s “vertical”, is still some sort of … running!!!

Al right I did some HILL running, I repeat I ran some hills in my time, and every time it was going up with more than maybe 20% gradient, and I was able to do it without my lungs exploding I was feeling like Usain Bolt crossing the 100 m finish line, so I really thought I have at least an idea of “VERTICAL” run, BUT I did not exactly picture or expect this:

So, at almost 1400 m difference in altitude over 5 km, I never suspected for a second that my performance would worry the local Kilian Jornets, the rake-thin champ mountain goats who weigh in at twenty kilos less than me.

But the competition was really with myself, and thank God the race was in the morning, before my brain could figured it out what I was about to do!

I just went along with the event, as the organizing was great, I didn’t have to think too much, and than it started!

As it is a narrow track, the race was conducted as a time trail, with each racer getting a specific departure time, 30 seconds apart. The faster your estimated time, the later you compete. I obviously started in the very beginning where infact all the girls started.

And ohhh yes, if I didn’t imagine, I did learn what vertical running is, I did learn, I did feel it, in my legs, in my lungs, in my arms, in my hands holding on the security chains, I did learn it in my brain, in my muscles, in my pain, but mostly I learned it in my HEART!

And maybe my legs were tired, and my lungs were screaming, and my brain was telling me to take it easy, but my heart was singing, my heart was taking it all in, the absolute stunning beauty of the mountains, the smell of the fresh air hitting my lungs with so much force, the taste of the mud and the feel of the surfaces I touched with every part of my body, and then at the peak when the fog came in I felt like I reached the sky and I was flying in the clouds, the smell of wild shepherd’s thyme overwhelming, and then the people waiting for us on the plateau, I couldn’t stop smiling like an idiot!

No I was not running, I was flying, in the sky, through the clouds, it felt like heaven and my heart better than my brain, knew it, and will never forget it!!!!

I came fifth from the girls, very close to the 4th place (only 16 sec difference),and I did it in 1hour and 31 minutes, a course that is marked as a 4 hours, the best guy did it in 52 minutes, but I think he is not human, he is just an alien send here to embarrass us all the mortal human beings! Joking aside, the truth is there were a LOT of very good mountain runners there, and just to get a chance to run along with them was a bliss.

I’m no great runner, by any means. I am an amateur as much as an amateur can be, of course I can be competitive at times, and I want to be between the first to finish, but mostly I am competitive with myself, I like to compete with the old ME, the most important opponent in any race is myself, the way I used to be.
And for me on this one the miracle was not that I finished, or the time I finished in, but the miracle was that I had the courage to start.

This race made me belive more and more that as someone said before “The reason we race isn’t so much to beat each other,… but to BE with each other.”

42 thoughts on “My vertical race – in search of the sky!” 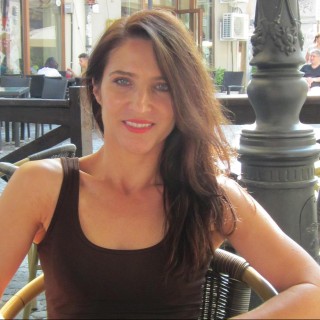 a human being unfolding